Soyez le premier à donner votre avis !
Editeur : DIE GESTALTEN VERLAG
Date de parution : 10/06/2021
Disponible
24.00€
Disponible chez votre libraire
On August 16th, 2016 Santiago Lange amazed the sporting world when he and his teammate Cecilia Carranza won the gold medal in sailing at the Olympic Games in Rio de Janeiro. At that time he was 54 years old, it was his sixth Olympic participation and he fought against unbelievable obstacles. His victory was an incomparable demonstration of his will to fight - not even one year after he had to undergo surgery because of lung cancer. Santiago Lange gave the world of sailing an unforgettable moment of glory. But how did he manage to get back on his feet in such a short time, to train without rest and taking part at the Olympic Games again? And why did he fight when his body, friends and family thought it was time to stop? In his book, Santiago Lange recalls his sailing starts as a child on Rio de la Plata, his first starts at Olympic Games, his participation in regattas all around the world and the high class teams at the America´s Cup.
Informations
Editeur : DIE GESTALTEN VERLAG
Date de parution : 10/06/2021
ISBN : 9783899550061
Largeur : 145mm
Hauteur : 210mm
Poids : 0.544Kg
Nombre de pages : 240
Les avis clients
Soyez le premier à donner votre avis ! 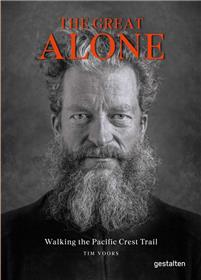